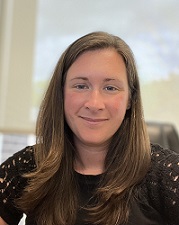 What is on this page?

This guide is a collection of resources related to the course content of Prof. Quiles' ENG 245 Literature of Ethnic Minorities.

All ebooks are full-text searchable, making it easy to identify relevant pages. The list below is a sampling. Search the Library Catalog for books on a topic of interest to you.

The library is offering contactless pickup of library materials for current students, faculty and staff. Submit your requests through DiscoverDeWitt Library Catalog.