DVDs at the Library: DOCUMENTARIES 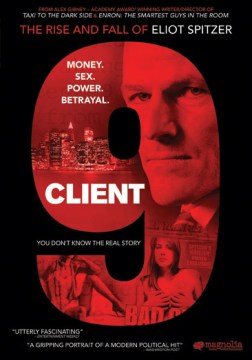 Client-9: the rise and fall of Eliot Spitzer

When he was NY's Attorney General, Eliot Spitzer prosecuted crimes by America's largest financial institutions and some of the most powerful executives in the country. After his election as governor, with the largest margin in the state's history, many believed Spitzer was on his way to becoming the nation's first Jewish president. Then, shockingly, Spitzer's meteoric rise turned into a precipitous fall when the New York Times revealed that Spitzer had been caught seeing prostitutes. 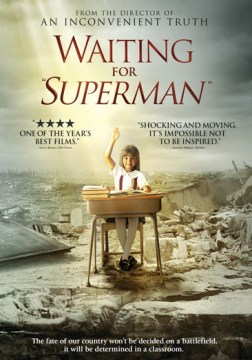 "Provides an engaging and inspiring look at public education in the United States. [This documentary] has helped launch a movement to achieve a real and lasting change through the compelling stories of five unforgettable students such as Emily, a Silicon Valley eighth-grader who is afraid of being labeled as unfit for college, and Francisco, a Bronx first-grader whose mom will do anything to give him a shot at a better life."--container. 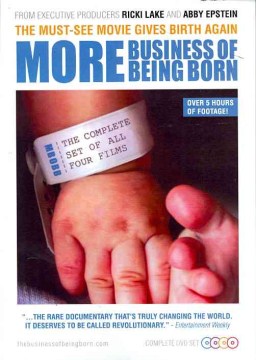 More business of being born

The sequel to The business of being born offers a practical look at birthing options as well as poignant celebrity birth stories. Includes the complete set of all four films.

Filmmaker Morgan Spurlock embarks on a journey to find out if fast food is making Americans fat. For 30 days he can't eat or drink anything that isn't on McDonald's menu; he must eat three square meals a day, he must eat everything on the menu at least once and supersize his meal if asked. He treks across the country interviewing a host of experts on fast food and a number of regular folk while downing McDonald's to try and find out why 37% of American are now overweight. Spurlock's grueling diet spirals him into a metamorphosis that will make you think twice about picking up another Big Mac. 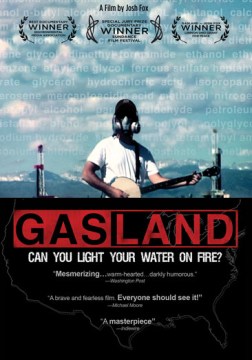 Filmmaker Josh Fox travels the United States along the Marcellus Shale formation to uncover the negative environmental and health effects of fracture drilling as a means of extracting natural gas. 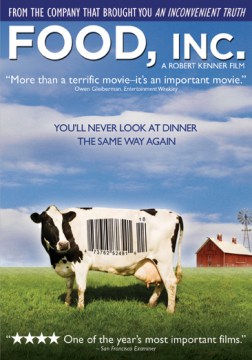 Lifts the veil on our nation's food industry, exposing how our nation's food supply is now controlled by a handful of corporations that often put profits ahead of consumer health, the livelihood of the American farmer, the safety of workers and our own environment. Reveals surprising--and often shocking--truths about what we eat, how it's produced and who we have become as a nation. 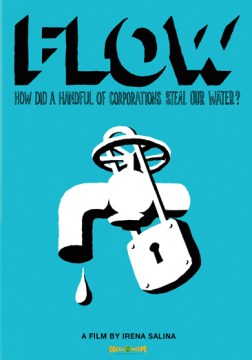 Flow : for love of water

"Builds a case against the growing privatization of the world's dwindling fresh water supply with an unflinching focus on politics, pollution, human rights and the emergence of a domineering world water cartel. Interviews with scientists and activists intelligently reveal the rapidly building crisis ... begging the question: Can anyone really own water?"--Container 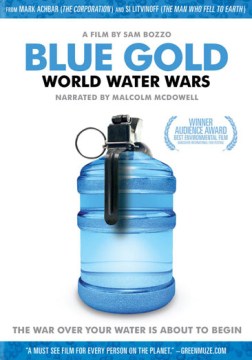 "Wars of the future will be fought over water, as they are today over oil, as the source of all life enters the global marketplace and political arena. Corporate giants, private investors, and corrupt governments vie for control of our dwindling fresh water supply, prompting protests, lawsuits, and revolutions from citizens fighting for the right to survive. Past civilizations have collapsed from poor water management. Will ours too?"--Container. 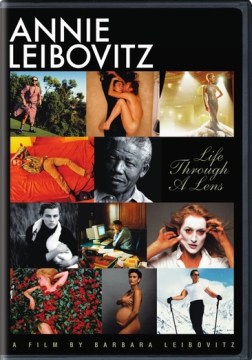 Annie Leibovitz : life through a lens

A look at the life and career of photographer Annie Leibovitz, who is best known for her striking photographs of celebrities. 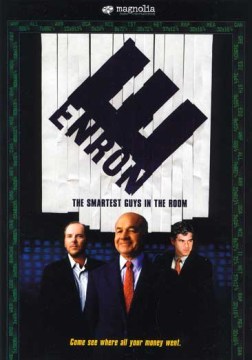 Enron: the smartest guys in the room

Based on the book: The smartest guys in the room : the amazing rise and the scandalous fall of Enron / by Bethany McLean and Peter Elkind. New York : Portfolio, 2003. 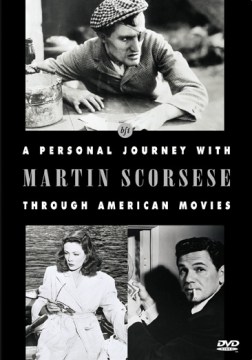 A personal journey with Martin Scorsese through American movies

Featuring a wealth of extracts from famous and infamous American movies, Scorsese offers a provocative multifaceted portrait of Hollywood film directors as he charts a comprehensive course through the rich history of the American cinema.